Kerry from Portsmouth, I was lucky to have a beautiful blue eyed baby girl called Ellena May born August 2011, she loved blowing raspberries at everyone and making people laugh. I am now an angel mum as she grew her wings in June 2012. I work in the third sector and have about ten years’ experience of working and volunteering for different charities. I’m very excited to be part of this team of amazing parents who are supporting each other and fighting against all the PBD Zellweger Spectrum Syndromes.

sh. I live in Somerset with my husband and our three kids.
Our 20 year old son Cameron is one of the oldest patients in the UK on the Zellweger Spectrum. We consider ourselves extremely lucky to still have him with us at 20, but as his health deteriorates, we are more determined to one day see an end to this awful condition. Until then my drive is to help support families affected by ZSD and other Peroxisomal Disorders, by offering support, information and most importantly – some hope.

I’m Carly from Wiltshire, I have 2 beautiful boy’s Kian (7) & Isaac (4). Since meeting other families at our first UK meet up I have been on board to get Zellweger UK up and running to support our children & other families. Our boy’s have the biggest personalities and everyone falls for their cheeky sense of humours. Life can be a whirlwind at times but having the support from other families makes hard times that bit easier. 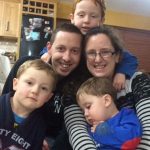 I’m Stephen, 37yrs young, married to Sarah. We have 3 energetic boys Sean (5) & twins Liam and Donagh (4). Liam has PBD which doesn’t stop him from being the most loveable rogue (Irish saying for a charmer). He has everyone in his life wrapped around his little finger. My hobbies include motor rallying, GAA & soccer, I have been known to have the occasional pint of Guinness and can perform a mean air guitar after such pints! Looking forward to helping out in our next family meet up. 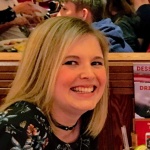 Hi, I’m Alex. I am the mother of a beautiful boy named Evan who sadly passed away in July 2017 after a courageous and valiant battle with the unforgiving Zellweger’s spectrum disorder. I live in Somerset with my amazing Husband his 2 gorgeous girls Faith and Immy. Having leaned upon the Zellweger charity and the support groups set up by the charity to help me through some difficult times, I felt it was time to give something back to this wonderful charity. I really want to see and assist ZUK reach it’s true potential and support other families just as ZUK supported mine.