For day SIX of our ZUK Advent Calendar, please let us introduce you to the gorgeous Cam! We utterly love him! 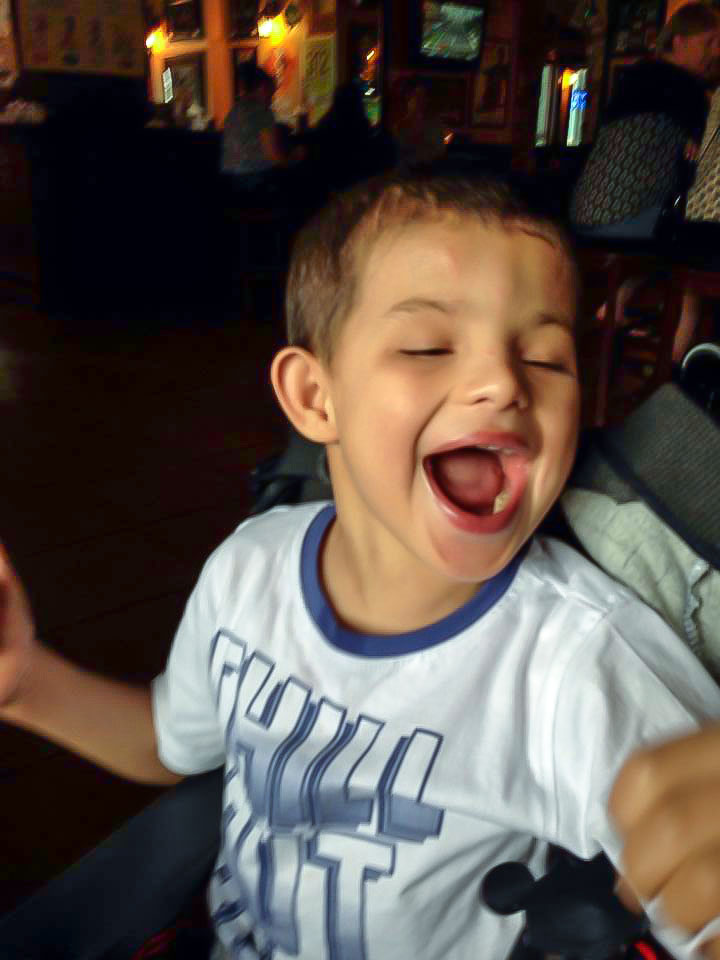 Meet Cameron Known within the Zellweger family as little Cam. Known at home as Camdini due to his sensational escape acts.
We knew Cameron was special from our very first sighting, we were told he had a  dandy walker variant (vermis in the brain not fully developed) but we decided we would face life’s challenges together regardless. Cameron was diagnosed with Zellweger and blindness in his first year after we reported he wasn’t following and a trial of very cute glasses 😂. Hearing- he wore hearing aids successfully for a while and really enjoyed music, he would hold a little music box up to his ear for ages. 😍6yrs ago we decided to opt for the cochlea implants as we thought it would improve his hearing. Now cameron refuses to wear his cochlea’s and lost the little hearing he did have so is now deaf-blind. I was told cameron wouldn’t be able to do anything and “probably best to not go ahead” although this was true until he turned 2 then boy did he prove them wrong, found his love for food, crawling hit, then in 2014 Cameron age 6 when on a ‘make a wish foundation’ holiday to Disney world Cameron took his first steps and hasn’t sat down since.

A most beautiful moment where Cameron learned to walk at the same time as his baby sister. Does it get cuter than this!?