For day NINETEEN of our Advent Calendar, please let me introduce you to the utterly handsome and rather incredible Finlay. 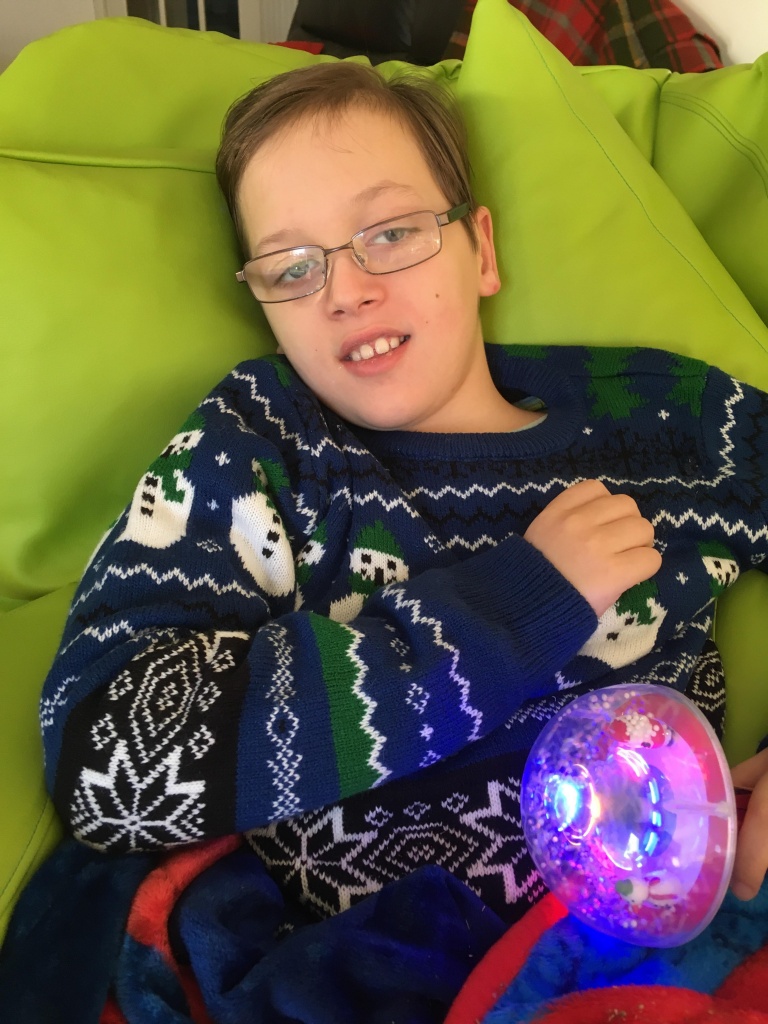 This is our superhero Finlay.

At birth, Fin spent some time in the Neo-Natal unit with what Doctors then thought was meningitis. After a few weeks he improved and it was thought that our wee man would progress normally, though perhaps a little slower in pace than his peers. However, by age 4, we felt something just wasn’t right with him.

We embarked on a long battle of getting Doctors to listen to us. Finally, after an MRI brain scan, it was confirmed he had a degenerative condition. It took another 3 years of testing until we finally got the diagnosis of the peroxisomal disorder, D-Bifunctional Protein Deficiency (also called pseudo-Zellwegers).

In some ways it has been helpful having a name for the condition and knowing there wasn’t any more we could have done to help Fin prior to his diagnosis. That said, it is utterly heartbreaking to know there is nothing we can do to help him, but make the most of every day with him. It is very difficult seeing how this awful condition affects him and watching him deteriorate. However, Fin bravely copes with everything that happens to him. He still has a fantastic sense of humour and is very loving.

Fin is our superhero. We feel so lucky to have him, and we love him and treasure him more than words can say.