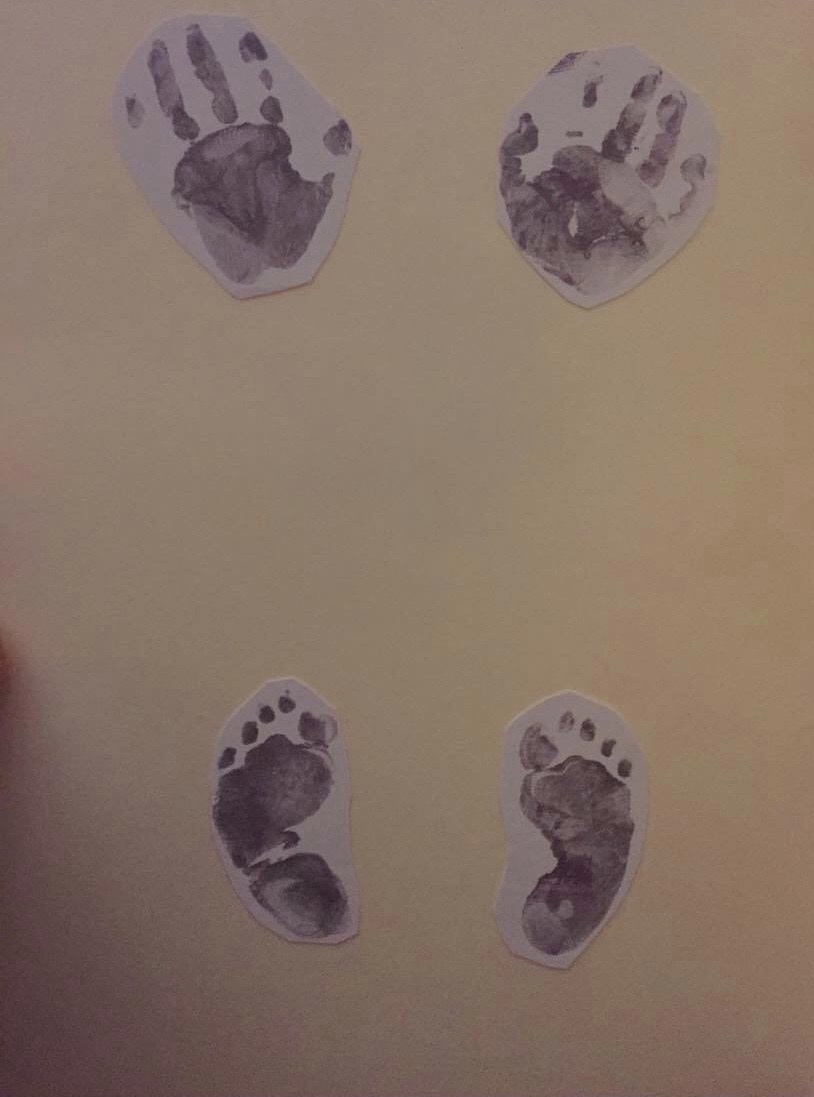 Friday 2nd December 2016, Adam and I arrived at Delivery Suite at 10:30 ready to have our baby. We were under the impression I should have delivered within 24 hours, but it seems the only effect the induction medication had on me initially, was to give me the runs! Fantastic! Then add the extra anxiety provided by a stupid midwife, who told me some women deliver straight into the loo because the babies are so small! And they can go around the U bend of the toilet! Imagine that!!

Here’s a funny story worth a mention- Alison, the midwife on shift when we arrived (not the stupid one) had the pleasure of administering the first dose of medication which was a pessary. After the rather abrupt thrusting of 4 tablets into my cervix, she removed her gloves, washed her hands and
said ‘right, I can take you for a pint now’. This was exactly the humour I needed! I had had enough of looking at my own sad face let alone everyone else’s. Thank you, Alison!

It was now Saturday evening and with the third cycle of induction medication I was now quite uncomfortable with labour pains. I was emotionally drained and physically exhausted after being up to the loo all of the previous night. This was not a time for being brave so I had a Pethidine injection which completely knocked my contractions off- and introduced the involuntary impression of a crack addict with some dodgy breathing and plenty of incoherent conversation. I was out for the count all
night. Our parents had spent the afternoon with us for a bit of moral support, but took the opportunity to leave us in peace and get some rest themselves. Adams parents went home and mine camped out in a closed off waiting area which as attached to delivery suite.

A little after 7am things seemed to be kicking off again, I had pressure in my bum (mothers- you know the type!). The midwife could feel my waters bulging and asked me to push and with that she was covered in amniotic fluid. It took one push for our boy to be born, all 12 oz of him, bum first! I looked down in between my legs and there he was, his tiny little legs quite clearly effected but more importantly he looked nothing like the google images I had been looking at, and he was BREATHING!
He was alive and it was nowhere near as scary as I was anticipating. In fact, it was the most precious time! As the midwife looked for signs of life, I had already spotted them and picked him up to hold him close to my chest.

I knew there was a chance he would arrive alive, but the chances were very slim and we were told if he did, he would probably only live for a few minutes. To be honest, I didn’t want him to be alive. I was scared. Turns out those FORTY minutes were the most precious!
A midwife legged it to tell my parents ‘she’s delivered and the baby’s alive!’ My mum apparently turned into some type of athlete hurdling over my Dad and doing her best Usain Bolt impression down the corridor. In they came, just as I was delivering the placenta (worry not – dignity maintained). Adams parents arrived around 20 minutes later, along with Fr Ray.

Our situation felt so unfair and while I have never been a practicing catholic, faith couldn’t have felt further away. But something in me takes comfort that he was baptised- maybe someone would be waiting for him, to look after him at the pearly gates; and more importantly that there is some type of afterlife where I will meet my boy again.

There has been an occasional irritant devil in me that questions how Louis felt during the 40 minutes he was alive- did he suffer? Was he scared? But I remember holding him in my arms and thinking, saying out loud even, how peaceful he looked.
Adam was much braver than me. He took Louis into the nursery and got him dressed into the clothes my mum had been to buy. (That must have been a fun trip to Mothercare!) Something I regret now.
At the time I didn’t want to see the open wound at the base of his back, or his perfectly imperfect legs and feet, I didn’t want to remember those things. On reflection, I wish I would have; I wish I would have carefully inspected every single inch of his tiny body- got to know him like any mother would of done with a new born. That being said, still in survival mode, I done what I needed to do to get me through.

After some time, me and Adam left the hospital leaving Louis with his Grandparents. They wrapped him in a blanket and carried him to Honeysuckle Lane (AKA the bereavement department), placed him in a cool cot in their nursery before leaving him in the care of The Honeysuckle Team- who turned out to be a team of angels who held the fort and led with the funeral arrangements. Going into hospital that Friday I hadn’t thought past delivering my baby that I wasn’t going to take home, so it was hard to comprehend a funeral so it was great that someone had that covered. We picked important bits like poems and songs, Fr Ray stepped up to the plate again and the Honeysuckle Team done the rest.

Louis came home the night before his funeral, something I needed a few days to digest before agreeing to, but something I am thankful that Adam suggested it now. We didn’t do the whole decorate the house business, and it wasn’t a case of sitting around being all gloomy. His tiny white coffin rested on the puffy, which I like to think transformed into a little throne; our immediate family came over to visit and we sat and chatted. Louis and his throne came up to bed with us that night and as we got ready in the morning, he spent time on Mummy and Daddy’s bed.

Throughout this, me and Adam grew closer when I didn’t realise there was space to do so. We were the perfect support for each other. One persons weakness was the other persons strength and we played to that. Although there were things we didn’t always agree on, we heard each other out and
compromised. Being together in the same room wasn’t enough for me, I needed to be next to him, touching him, he was my comfort and he got me through it.

Adam you were my absolute rock and I love you.

Tune into my next post for the introduction of Teddy

20 Week Scan- Nothing to be Worried About, Right?
Labour Day